The sum of its parts 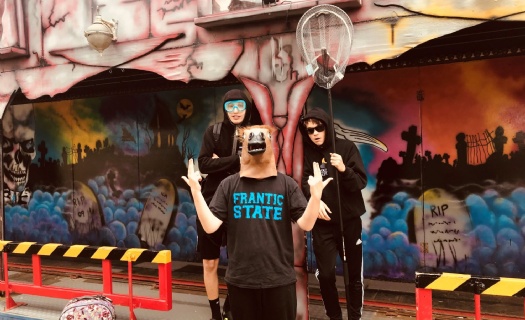 How to sum up a week where you felt a bit like Ofsted passed you by? This week at Millgate has been crazy in its entirety, but also absolutely defined why we do what we do.

How to sum up a week where you felt a bit like Ofsted passed you by? This week at Millgate has been crazy in its entirety but also absolutely defined why we do what we do. Our wonderful year 6s have applied themselves with aplomb during their SATs and the highlight of the week for me has to be two of our boys FaceTiming another one (who has had a really difficult time of late) to say congratulations on finishing and letting him know how proud they were of him. All of our primary staff should be so proud of those boys, they have come a long way and surpassed everything that we wanted primary to be when it started at the beginning of the year.

We have had the first week of Oscars filming which has created a bit of a buzz for some of our lads with a feel for the dramatic and 7ST embarked on their first over night camp to Wales. The staff involved with those lads have worked tirelessly on play skills and positive regard for each other all year and that definitely came into fruition this week, I often think residentials are the key to breakthrough moments for boys and staff , particularly  where long lasting relationships need establishing and where boys need people that they know will be there for them long term.

We had the arrival of some lovely little chicks in the heads office , this has caused quite a stir and one of the little ones ably attended an slt meeting on Thursday , our Ofsted inspector was also smitten and I will be storing the tactic in mind for future inspections as the findings of the inspection were fantastic.

Our yr 11s have embarked on some tricky GCSE papers and the staff involved in supporting them to access have been brilliant, the boys themselves have had some moments of anguish , this is the time of the year when we need to constantly reinforce how far they have come.

Woven in amongst all of these things have been some incredibly tough times for pupils and staff that have really required Millgate to be at its best, whether that be staff who have been willing to give up their weekends to provide a child in crisis with the love and care they deserve or in looking after each other in amidst tough times outside of work, our inspector summed it up brilliantly; Millgate is a place of love and care that you can feel as soon as you walk through the door. Long may that continue!